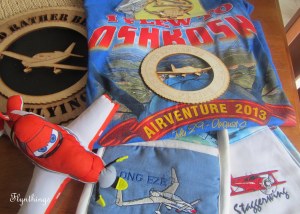 Now that the dust has settled, and my feet are finally on the ground, there were several other first time accomplishments during my recent trip to Oshkosh, WI.

During the past year, I have been interested in the utilization of Localizer Performance with Vertical (LPV) guidance approaches. LPV approaches take advantage of refined accuracy of Wide Area Augmentation System’s (WAAS) lateral and vertical guidance to provide Category I Instument Landing System (ILS) approach minima. As of July 2013 there are 3,173 LPV approaches in the National Airspace System (NAS). An aircraft must be equipped with Global Positioning System (GPS) that is WAAS enabled in order to execute an LPV approach.

I rarely fly in instrument meteorological conditions (IMC) in the east coast. Unlike the west coast, IMC in the east most times equates to thunderstorms in the vicinity and rarely is there a need for me to venture out in such weather. California, on the other hand, has glorious sunny skies most of the time. An IMC condition is usually caused by low level fog with beautiful VFR on top conditions, so instrument arrivals or departures might be necessary occasionally.

I shot my first LPV approach into Dayton-Wright Brothers Airport, albeit under visual flight rules (VFR). Nothing to it. The approach is similar to any other GPS-based approach. What’s new is the LPV minima: a lower decision height as well as vertical guidance which provides more precise descent paths, which is vital when executed during IMC weather.

During private pilot training we practice soft field takeoffs and landings, but I have never actually executed any takeoffs or landings in a soft field. While that still remains to be true, I got plenty of practice taxiing on grass in Oshkosh. After a landing on a paved runway, it is the norm to slow down and safely exit via the nearest taxiway. In Oshkosh during Airventure on the other hand, the norm is to make an exit on to the grass either left or right as cleared, as expeditiously as safely possible. Landing on 36L, gave me ample opportunities to taxi on the impromptu taxiways in the grass, adjacent to existing runways and taxiways to the North 40 camping area.

We got to cover some new states on this route. Here is the list of airports and potential opportunities for that coveted veg or ham burger:

Dayton-Wright Brothers Airport (MGY) in Dayton, OH —  Aviation Sales Inc. provides excellent service. Grab the courtesy car and hit the town for some lunch. We visited Max and Erma’s which was the closest restaurant that had decent vegetarian choices. If you have the time, the US Air Force Museum is nearby.

Gary-Chicago International Airport (GYY) in Gary, IN — Gary Jet Center provides good service and offers free transportation to the train station or hotel of choice in town if staying overnight. The Majestic Hotel and Casino also offers discounted rates for patrons of the Gary Jet Center. While Gary, IN is itself stark and industrial and has little to offer for entertainment other than casinos, it is well situated: within easy access of downtown Chicago.

Whitman Regional Airport (OSH) in Oshkosh, WI– need I say anything else? Seeing OSH from the air and landing on 36(L during Airventure) is an unforgettable experience. Camping at North 40 and waking up to the sound of airplanes is totally incredible! No restaurant on the field, but plenty of food stalls and action during Airventure. Getting fuel expeditiously during Airventure might be a problem. Best to top off and arrive with some excess fuel. We actually heard someone call in a May day during our departure from OSH (due to stolen fuel) which was later rescinded, as they were able to safely reach a nearby airport.

Waukegon Regional Airport (UGN) in Chicago/Waukegon, IL — an hour away from Oshkosh and barely inside the Illinois border is a decent stop if you are keen on an IL halt. Fuel is expensive. If you don’t care for an Illinois halt best to head out to Michigan or Indiana for cheaper fuel options. Landmark Aviation services UGN and provides a good pilot’s lounge and coffee/tea area.

Mansfield Lahm Regional Airport (MFD) in Mansfield, OH — Richland Aviation is the only Fixed Base Operator (FBO) on the field. Despite what Foreflight might say, Flyboys restaurant on the field does not exist! Instead there is a very nice Subway Cafe on the field. Although it boasts the same menu as any other Subway in the country 🙂 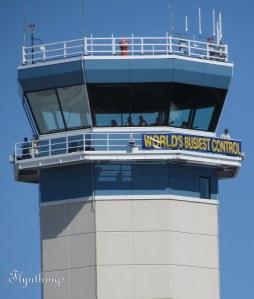 Hartsfield-Jackson Atlanta International Airport (ATL) ranks first as the world’s busiest airport for most of the year, with average daily operations of almost 3,000 flights. But for one week in late July and early August (i.e. during Airventure), Whitman Regional Airport replaces this to become the World’s Busiest Airport. Special permissions allow 1/2 nmi separation. The fact that this event has run successfully and safely for the past 61 years is a testament: to the organization (EAA), the Air Traffic Controllers and the General Aviation pilots, who together work hard to make this a safe and enduring success, year after year.