There was a time when it was easy.

Occasionally, I loved to hop on over to the airport, either really early in the morning or later in the evening while the sun was still shinning, making it’s way down the horizon slowly, during long midsummer days, when there was plenty of sunshine in the evening.

My logbook is scattered with many Just like that’s especially when I was a brand new pilot, when I lived barely a mile away from the airport and the weather was usually good.

Those were fun times, when I hopped on an airplane with no purpose or destination in mind. Just a random flight up and down the coast: maybe to catch a glimpse of a beautiful sunset, or the beauty of the earth, or practice some landings, or make the short hop across to a nearby airport for a touch and go, or just because I could and wanted to enjoy the simple joy of flight. 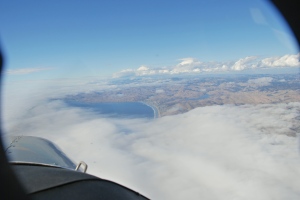 Then there were the sight-seeing flights: taking family members or friends up for a ride. Over the pristine central coast of California, over the San Francisco Bay, on a cross country flight  across California, or over the battlefields of Virginia up to Harpers Ferry or across the Chesapeake Bay to Bay Bridge Airport or Tangier Island or down south to Willimansburg, or maybe even up through the Hudson river past New York city skyline.

It’s been a while since I have done that. When driving to an airport takes a whole hour during the weekend and maybe up to three hours on a weekday (see Planes Trains and Automobiles), it is hard to sneak away for a flight just like that. 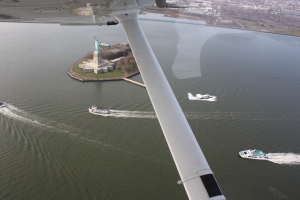