I never really wanted to be an airline pilot or a certified flight instructor. It was too late to be an Naval Aviator. What do you do when you love to fly, but have no career goals? 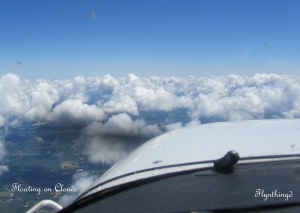 Once you obtain your private pilot certification, the desire to fly just anywhere is strong. After the initial rush of taking family and friends flying over their and your home and the neighborhood, showing them the beauty of the earth from a few thousand feet, you itch for greater adventures. This often leads to the $100 hamburger runs with fellow pilots to visit nearby airports, get some lunch and hanger talk, before returning home. But once that is done, what next, you might wonder?

One track is to pursue higher ratings to stay sharp and maintain proficiency. That works most of the time. One rating that not only improves proficiency, but also is good to have in one’s toolbox, is the instrument rating. I consider this a very valuable tool in the toolbox. Not only because now you can fly in instrument meteorological conditions (IMC), but because it increases the confidence of you as a  pilot flying under visual meteorological conditions (VMC). I still do a lot of my flying under VMC, although I am open and interested in IMC flying with a good safety pilot in the right seat. My ability and confidence to fly in VMC and marginal VMC, has improved tremendously since I obtained my instrument rating.

Some might pursue and obtain their commercial pilot license and subsequently, their certified flight instructor (CFI) license to pursue a part-time career in teaching. Although not all might be committed or interested in pursuing this lofty goal. Maybe you want to devote yourself to aerobatics and air show flying. Maybe you already own an aircraft and make family trips and the rest is insignificant to you. But not all can allude to this luxury. So what else is there you might wonder?

If you happen to be a General Aviation (GA) pilot, not necessarily an aircraft owner, but looking for fun things to do: believe it or not, there are many aviation organizations, flight schools, and local pilot societies that plan, orchestrate and organize many fun events. To name a few:

Since I obtained my private pilot license, more than 12 years ago, being a non-owner (although I have tried and hope to own one day), I have had ample occasions for those happy hamburger runs, aircraft ratings (having completed my instrument, and working on my commercial, tried tail wheel, glider and aerobatics rating), air race flying, photo derby flying, mystery spot flying and even poker run. 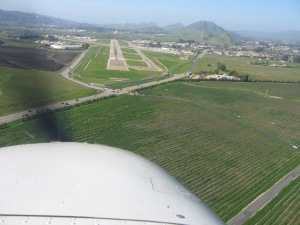 A few years ago as an active member of the San Luis Obispo chapter 99s (SLO99s), I participated in the SLO Photo Derby.  This required identifying key landmarks based on 10 clues provided with coordinates, although GPS was not allowed. The provided clues were sufficient to visually identify the landmarks. It was a totally fun flying experience whether you won or not.

The Palms to Pines Air Race was another fun experience organized until recently by Clair Walters from  Southern California  that required some precision flying from Santa Monica, California to Bend, Oregon through Merced, Redmond and Bend, Oregon.

Poker Run is another fun event organized by fun loving local clubs: since they understand and know why GA pilots fly. The Eastern Pennsylvania 99s chapter as well as the San Luis Obispo chapter 99s have organized  a Poker Run. And there might be others I am not aware of. Having flown one two years ago I can say it is absolutely fun.

Some flight schools offer proficiency training. One such school is Hayward, with it’s annual Hayward Air Race. There are flights schools out there that organize fun flyouts. And meetup groups these days… find a group and just go flying!