The best experiences cannot be planned, so…
Remember to Get Lost
— Jonathan Petrino, Reader’s Digest (02/2014)

Last year when we planned the Bahamas trip, we set off with a hotel reservation in Fort Pierce, FL, which by the way, we had to change since we departed one day later than planned.  Of course, we did need to prepare ahead of the time: radio licenses for the aircraft as well as the pilots, decal for the aircraft, and eAPIS accounts to submit passenger manifests. That was the extent of our planning. I roughly planned what stops we would make on the outbound, so we could have a rough estimate of flight times to expect and where we would stop for fuel, food and customs. But that was it. 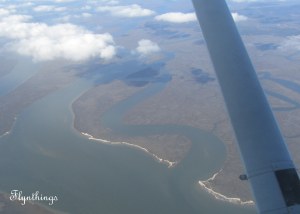 This year we had to do a little more. In addition to the Fort Pierce, FL reservation, we had to plan the Bahamas reservation several months ahead. Last year, few of the others, had stayed at the Fernandez Bay Village (FBV) Resort and liked it so much, that this year the choice was unanimous. At the start of our planning, almost 30 people were seriously considering the trip, and FBV resort did not have sufficient cottages and villas to cater to everyone. So we had to plan ahead of time, in order to ensure we had a spot.

Two years in a row, we almost winged the trip. Flying is that way. We can plan however much we want, but what transpires might be different from what is expected. So usually, we go as far as we can, and stop as needed.

The 4 days and nights at FBV were extraordinary: the perfect setting for a Tropics getaway. Almost. FBV resort is set on the beach, with an open clubhouse that faces the beach. Half the seating is outside and doors remain open 24/7. The greatest prey in the Tropics are the mosquitoes! Once the sun set, they plagued and harvested on poor unsuspecting victims and had a particular affinity for me. Don’t forget that mosquito repellent!

If you are only interested in getting there and back, then the bigger, faster and higher might suit you. If it were up to me, I would love to fly low and slow over the islands in a single engine airplane. A Cessna 172 suits that purpose well. I love to see where I am going and the Bahamas are magnificent, when you trace the islands, a few hundred feet from the ground. 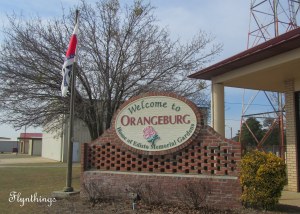 We got to do some decent island hopping this year–  7 islands and 8 airports. Totally awesome.

It took us 8.2 hours to fly south from the Mid-Atlantic to Fort Pierce, FL under some stiff headwinds. The return instead was easy-breezy 7.0 hours from Fort Pierce back to the Mid-Atlantic, with a stopover at Orangeburg Airport, SC, where we grabbed the courtesy car for some lunch, while our aircraft was being fueled.

This year, other than having to do some flying in IMC, we lucked out. We had absolutely no delays, and got some excellent experience flying through some good IMC weather.

The Bahamas trip for now appears to be an annual to-do flight. This is the third year in a row some of the group members have made this trip. Doesn’t matter if one of them has moved to Stearman Field in Kansas…  I am sure they still would love to join the group next year 🙂

If wishes were horses, I would love to make this trip again, year after year.

4 thoughts on “If wishes were horses….”