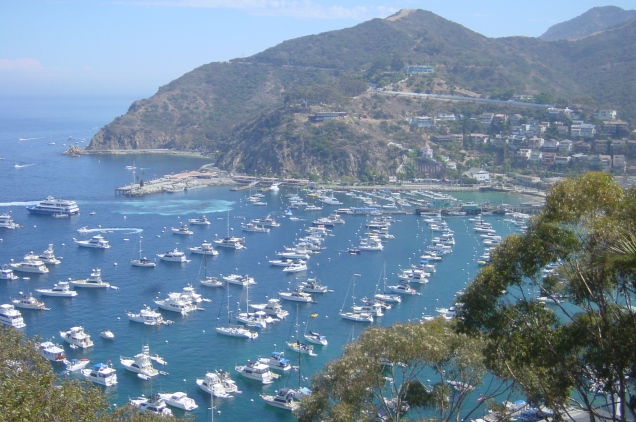 “A Mediterranean resort off the coast of Southern California”

Now that my Instrument training was finally over, I was ready for new adventures. The past few months had been hectic and nerve racking. Instrument training is very demanding and I am glad that, it is finally behind me. Browsing through “Fun places to fly in California” I thought I may as well start with the first airport listed there, which happened to be Avalon. I have wanted to fly to Avalon for sometime now. I had been under the misapprehension that I needed some kind of checkout prior to attempting to fly there. As it turned out, the flying club I rented from had no such restriction.

So it happened, that my friend Michelle and I set out from SBP airport one fine September morning. Low clouds and fog had laced the morning skies over SBP rendering the airspace IFR but this was not a cause of concern for me. The weather south was already clear all the way to Catalina island. By the time we set out at 10 am though, the fog had already lifted denying me an opportunity to depart in actual IFR. The skies were clear, which meant another perfect day for flying. The plan was to shoot my first GPS approach at Avalon in the 2004 C-172 I was flying, which contained MFD, autopilot and all the latest shebang. It was only the second time I was flying the aircraft and I had never flown a GPS approach before, but Michelle was there to help me through.

Note: A version of this appeared on Forbes Wheels Up here.