Barnstorming through the Barriers 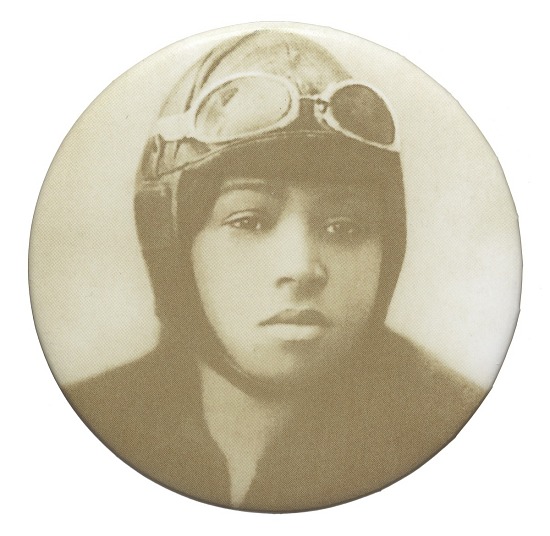 Born in Atlanta, TX in 1892, Bessie Coleman was the first African American, and the first Native American woman pilot. She had twelve brothers and sisters. During World War I, when she learned that France was allowing women to learn flying, she became interested in becoming a pilot. Although she applied to many schools across the country, being a woman and African American she was at a disadvantage. She started learning French and applied to flight schools in France. She was accepted at the Caudron Brothers’ School of Aviation in Le Crotoy, France and received her international pilot’s license on June 15, 1921 from the Fédération Aéronautique Internationale. Her dream was to own a plane and open her own flight school.

She performed her first public flight in 1922 and was famous for doing “loop-the-loops” and making the shape of an “8” in an airplane. She toured the country giving flight lessons, performing in flight shows, and encouraging African Americans and women to learn to fly. She suffered her first accident in 1923 when her engine stopped and was badly injured. She survived the accident and returned to flying performing dangerous tricks in 1925.

On April 30, 1926, while taking a test flight with a mechanic named William Wills who was at the helm, a loose wrench got stuck in the engine of the aircraft at about 3,000 feet. The aircraft was no longer controllable and flipped over. Unfortunately, Coleman was not wearing a seatbelt. Airplanes at that time did not have a roof or any protection and Coleman immediately fell out of the open plane and died.

March is Woman History Month and Women of Aviation Month.