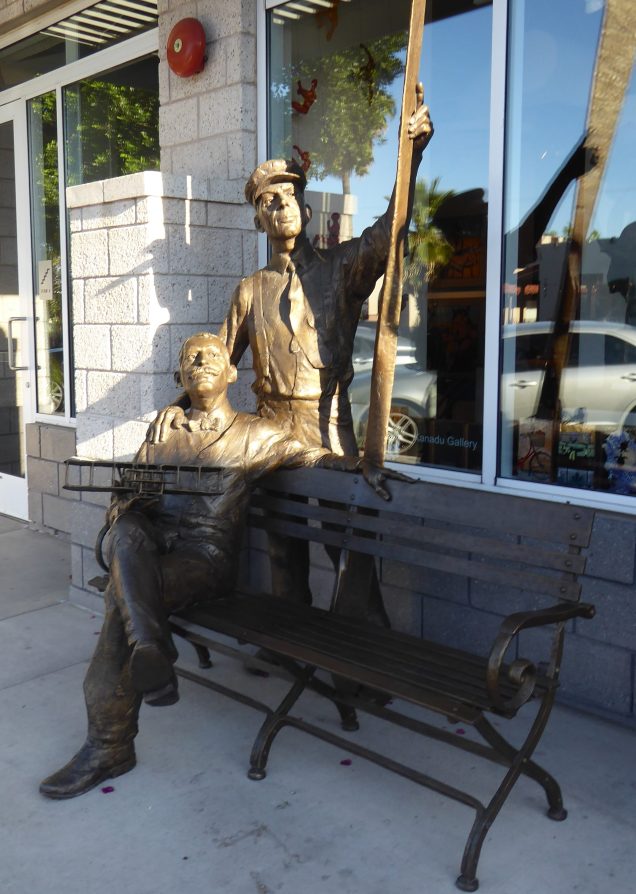 December 17, 1903 It was the dawn of a new era. Orville and Wilbur Wright made transportation history near the North Carolina town of Kill Devil Hills (about four miles, or6.4 kilometers, south of the better-known town of Kitty Hawk) by bringing about the world’s first controlled, powered, and sustained heavier-than-air human flight. The brothers each […]

The National Museum  of USAF is located in Dayton, OH, near the Wright-Patterson Air Force Base. It boasts more than 360 aircraft on display, with exhibits spanning from the Wright Brothers to the contemporary stealth and precision technology. 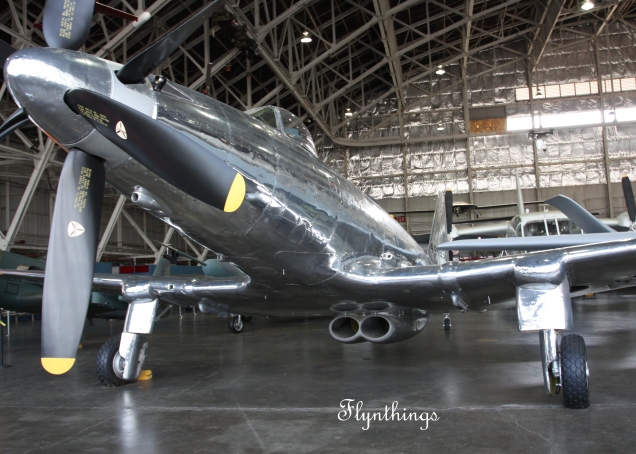 The last two years, during my trip to OSH during Airventure, I planned to stop at Dayton to spend a half day at this museum. But weather, and time spoke otherwise. And I am glad. One half day doesn’t do justice to this museum, it  requires 2-3 days worth of time so you can visit the three gigantic hangers, the Presidential and R&D Galleries, Huffman Prairie where the Wright brothers conducted test flights, the Wright brothers memorial, bicycle shop and more. 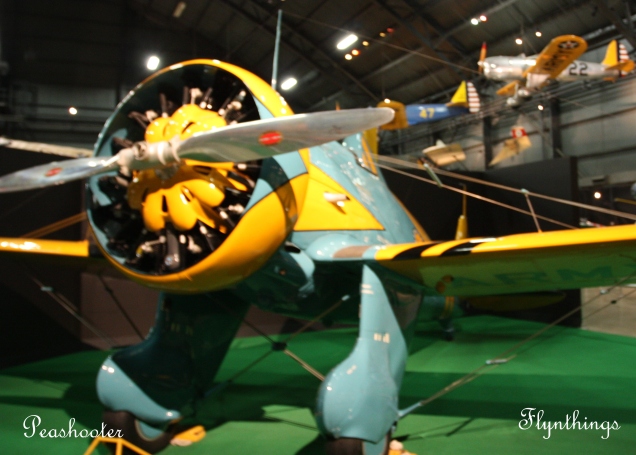 After our visit to the Presidential Galleries early in the morning, we spent the remaining time strolling through the three hangers at the main museum.  There is a lot to see. I was amazed by the energy and enthusiasm expressed by our very knowledgeable personal tour guide, who is a retired USAF Colonel, and who flew up with us to Dayton 🙂 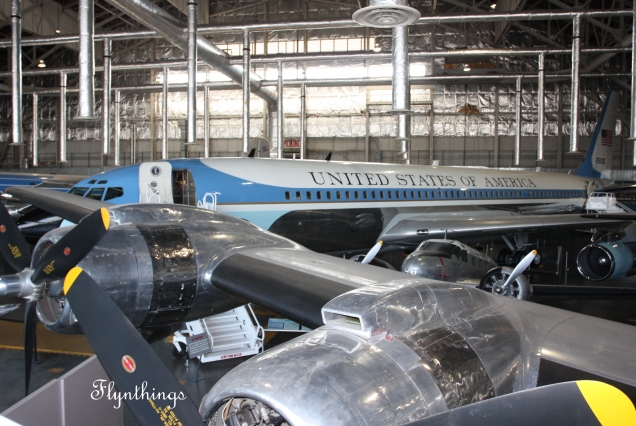 17 minutes to get into trouble

No, I am not talking about the thick clouds with moisture that cling close to the earth’s surface, reducing visibility 🙂 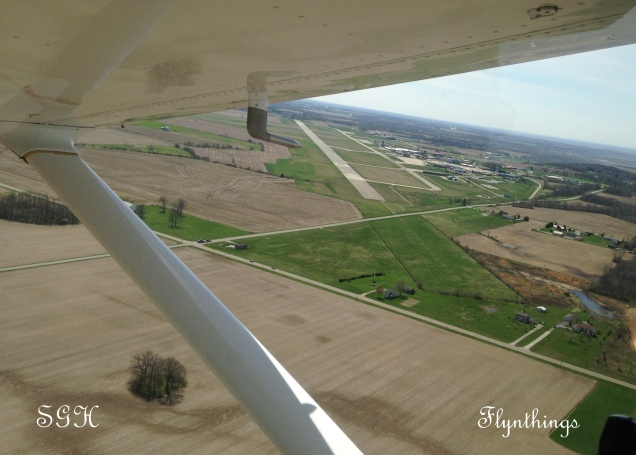 After the second annual Bahamas flyout, it was decided that we form a group and plan other fly out events. After all, pilots love to fly, and the more the merrier. Out of this, emerged the Fly Out Group (FOG). The group tentatively meets several times a year and  plans day, weekend,  and multiple day trips to select destinations of sufficient interest to group members. One such trip planned in mid April this year was a 3-day flyout to visit the National Museum of the US Air Force in Dayton, OH.

Through out the week, the weather fluctuated from 20% precipitation to 70%. With all pilots IFR rated, and at least one aircraft not legal to fly in known icing conditions, the main concern was low ceilings and freezing levels. Despite our concerns, Friday dawned clear at our origin airport, although clouds and IMC conditions were expected along our route of flight,  low ceilings and freezing level were no longer a concern.

Six pilots from the mid-Atlantic departed in two aircraft: a C206 and DA42 and comfortably converged at Springfield-Beckley Airport (SGH) mid afternoon, a few minutes later than planned, but incident free. The plan was to spend a day and half at the Air Force Museum, before returning  back.

Grabbing the rental van, and with a few hours of daylight still available, the group set off to the museum. The entrance to the National Museum of the US Air Force is free, as is parking and it is open daily from 9am to 5pm except on Thanksgiving Day, Christmas Day and New Years Day. With only an hour left, the group decided to spend the time in the museum gift and book shop instead. There are an excellent collection of aviation books in the gift shop, as well as other memorabilia.

Saturday dawned, clear and bright. It was going to be a gorgeous day, with temperatures getting into the upper 70’s. The plan was to get to the museum as soon as it opened. One of the highlights of the museum, is the Presidential and R&D Galleries which are located inside the base. Limited number of tickets are available each day and can be picked up at the entrance to the museum on a first come first served basis. A visit to the galleries requires people to be shuttled inside the base via shuttle buses. The Presidential and R&D Galleries are operated daily between 9:30 and 5:00 pm.

The previous evening we had obtained directions from the museum staff on access to the base to visit the Presidential galleries and we arrived promptly at 9:00 am at the base gate that is open during the weekends for Air Force personnel.   One of the pilots in our group was a retired Air Force pilot with a wealth of knowledge on the multitude of aircraft on display in the museum, having flown several of them, he was going to be our very own personal tour guide.  Once cleared at the gate, we were free to drive through the base and make our way to the Presidential Gallery. 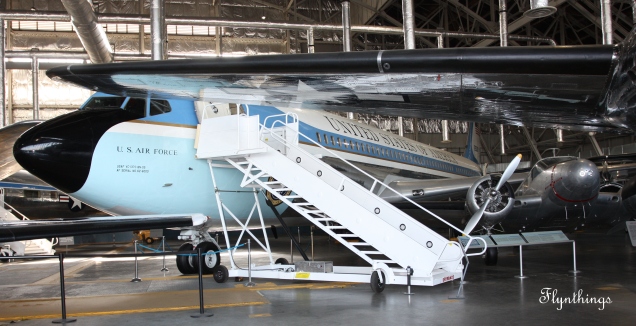 With time to kill, we drove around the base identifying the B29 runway, airplanes carcass and other bone-yard junk. One or two of us decided to hop out of the van and take photographs. We should have known, that pictures are not allowed on base. In no time, we had the base security police on our backs, advising us that photography was not permitted. After deleting the pictures, subdued we returned to the Presidential Gallery and spent an hour or two exploring the several Air Force One aircraft on display.

And as one of the pilots aptly coined, it took us “only 17 minutes to get into trouble!”

“The desire to fly is an idea handed down to us by our ancestors who, in their grueling travels across trackless lands in prehistoric times, looked enviously on the birds soaring freely through space, at full speed, above all obstacles, on the infinite highway of the air.”