This has been the most elusive flyout ever! This is the fourth year in a row, that I’ve planned an October flight to Niagara Falls, that got washed out!

The first year, we went to Williamsburg, second year to Tangier again. Third year, I was bummed, but ended up attending the Rusty IFR Pilot Refresher and promised myself I wouldn’t plan an October flight to Niagara Falls! 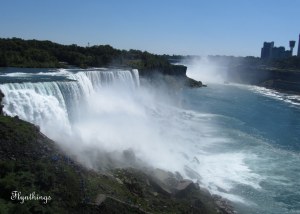 This year, yet again I planned another October flight to Niagara Falls. It’s fall and the most gorgeous time of the year to plan such a flight. Having driven there several times, Niagara Falls tends to be a busy tourist place all through summer from Memorial Day through Labor Day.  Fall appears to be a perfect time to visit. Not only because of the beautiful fall colors (since all my visits to Niagara Falls so far have been in summer when it is bright and beautiful or late fall when everything is closed, gloomy and stark), but because it might not be as busy. Come October, all the usual tourist activities wind down in preparation of Winter, the later half of October.

With low ceilings, rain and low visibility expected the next few days, yet again our flight to Niagara is cancelled. I am determined to plan an early summer flight next year. This year’s Plan B is to visit some local museums to collect some stamps! 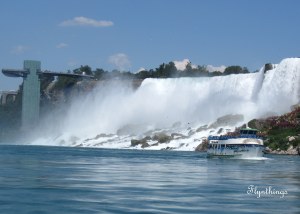